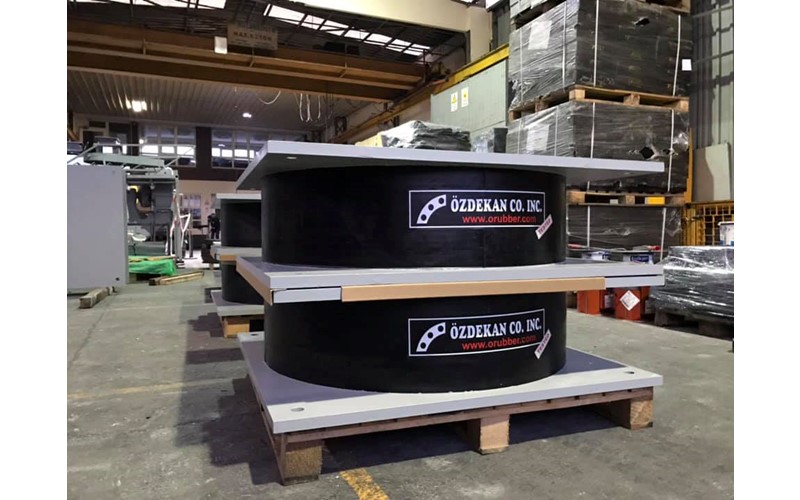 High damping rubber bearing (HDRB) were developed in 1985 by Professor James Kelly at the University of California at Berkeley.

Ozdekan was the first company which manufactured and applied this technology in Turkey, using it in 2014 for the AFAD building in Ankara, Turkey.

The isolating system was designed with consultation by engineers.

Ozdekan was the first company in Turkey which developed the lead rubber bearings with consultation of university researchers.

The main property of the rubber is its ability to dissipate energy (damping capacity). When positioned underneath a building or bridge beams, they have the effect of increasing the structure's fundamental vibration period, thus greatly reducing any effects of seismic activity.

The HDRB isolators are bolted to external metal plates allowing them to be fixed to the adjacent structures using anchor brackets or bolts.